WHAT IS Motivate Lake County?

Working to prevent disease, promote health, and protect our community 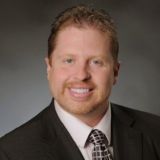 We are so excited to be involved in such a great initiative. Lake County is leading the way. 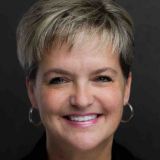 I LOVE the idea of Motivate Lake County. The wellness portal has so many resources. Thank you.

The Lake County General Health District was established in 1919/1920 under the Hughes–Griswold Act, a direct response to the influenza epidemic (pandemic) of 1918-1919 in which more than one-half million people died in the United States and more than 20 million worldwide. Prior to its adoption, municipalities were responsible for their own health programs, meaning that nearly 2,150 health departments existed in Ohio. Most departments had little medical training or public health knowledge. Since the formation of public health agencies, the life expectancy of Americans has increased dramatically through the prevention of diseases through safe food and water supplies, sanitation, nutrition, vaccines, and antibiotics. These are the services and educational programs that are delivered through your local and county health departments in Ohio. Currently, there are 121 health departments in Ohio. Lake County General Health District was the 14th health department in Ohio to become accredited, in August 2016, under the Public Health Accreditation Board (PHAB) standards.